I decided to design and print my own legal 3d printed gun. There was a noticeable lack of 3d printed guns chambered in .22LR. The Reppringer was the obvious choice to copy, but it ended up being a weak design with flaws, mainly, the trigger would have to rest in the palm of one's hand, and there was no place for the 3.7oz or more of metal I would need to include to make it legal.

My first step was to decide on a plasic or metal barrel. I decided to pick an old style Ruger Single Six revolver barrel, in .22LR. If you know anything about revolver barrels you know they have no chamber, so I knew I would be making my own. I opted to use some brass pipe, not super strong, but enough, as the chamber.

I made the barrel attach to the brass pipe by way of a 3d printed barrel assembly, with lugs on the end to attach to upper reciever of the gun. The forward reciever also contains a removable front sight post, which is a contrast sight. Just add 1.75mm filament to the center and bam. Rear sight acts the same way. Pictures show it best!

Trigger and sear are relatively standard. Sear is built into the lower reciever (which contains the required metal, permanently attached), while trigger as mentioned, is attached to the upper reciever. A small spring is also in the grip of the receiver which allows the sear to be pushed up and hold the bolt back. The bolt is simply a small piece of plastic with a charging handle integrated, with a screw through the metal. Screw is obviously rounded to act as a better firing pin.

Lower receiver slides onto the upper receiver and is held in place by one M3 bolt at the rear of the gun. There is also a finger rest and some groves so the user does not lose grip. Finally, the 1.5x1x1" piece of steel resides in the lower to allow it to conform to the Undetectable firearms act. This steel piece balances the gun quite well with the 6" Ruger barrel. Please note pictures show barrel with old style assembly, which works fine. Hex barrel assembly is for easy removal.

I have not gotten around to a live fire testing, and my only worry now is the brass pipe chamber is too weak, as the tensile strength is not a whole ton better than ABS, so I plan to replace it with steel, or even mill a chamber into the Ruger barrel. Time will tell. For now I have something relatively inexpensive.

All parts printed 100% infill, 0 shells, on a Makerbot Replicator. Your printer may not add 1 shell. You need 1 shell by default. Makerbot adds it for me. All parts are printed without support. The grip should be on the spine. It should be obvious. 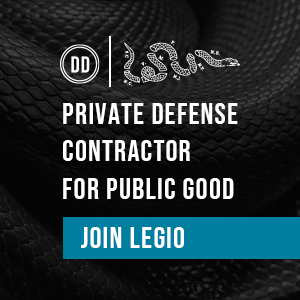