Welcome to the fifth issue of the DEFCAD newsletter. This special issue will focus on one of the most exciting lines of development in printable firearms: the printable AR-15 lower.

The development of a printable AR-15 lower was the first public engineering goal in the Guncad world. Early attempts by Defense Distributed were often unreliable, or required expensive printers and exotic filament.

Since 2020, however, many designs have emerged that are strong and easy to print in common filaments on just about any household printer. This email reviews some of these designs that are today available on DEFCAD.

One of the first successful printable lower designs to emerge is IvanTheTroll’s Vanguard U-Bolt, a lower that was easy to print and was reinforced using a U-bolt, enabling it to survive the stress and abuse of use in the field.

This lower has the distinction of being the first printable lower strong enough to handle rifle push-ups. It remains a fine choice for a homemade AR-15 lower. 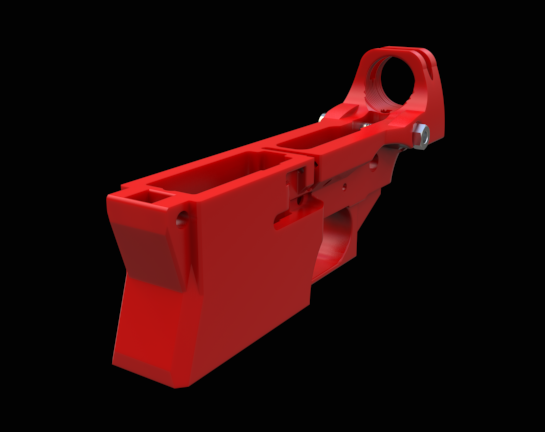 The very popular “Bolt” series by Spookyspectre is notable for being a very solid "bolt together" design - hence the name. These lowers are printed in several individual pieces and assembled, creating a design that is stronger than the sum of its parts.

The Firebolt entry in this series is modular and can be configured as an AR-15, AR-9 or AR-45, whereas the recently released Thunderbolt is the first successful bolt-together AR-308 lower designs. Both are strong and quite easy to print. 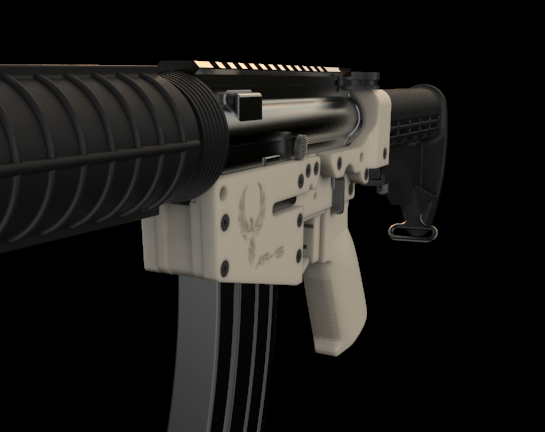 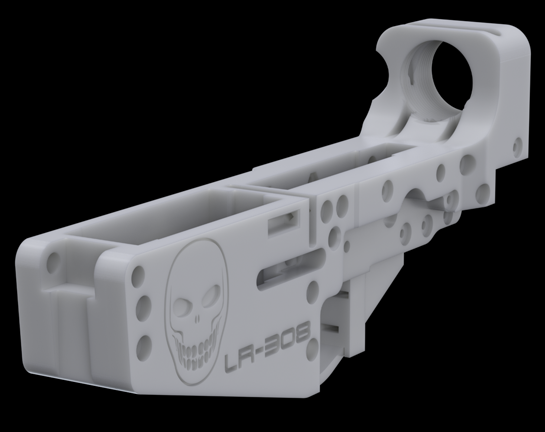 Another highly successful line is Potatosociety’s “Fire” series, comprising the early Ghostfire, and the very popular Wildfire and Hellfire entries. These latter two distinguish themselves by requiring zero metal parts to assemble the lower - all reinforcement and even the assembly bolts are printed.

This has resulted in a very successful AR-15 lower which is extremely easy to print and build, and as such these designs are some of the most popular available today. 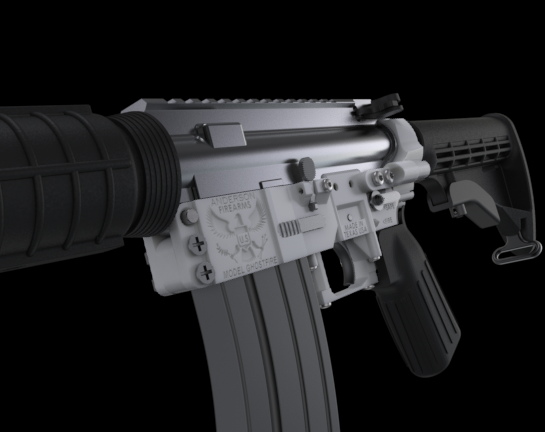 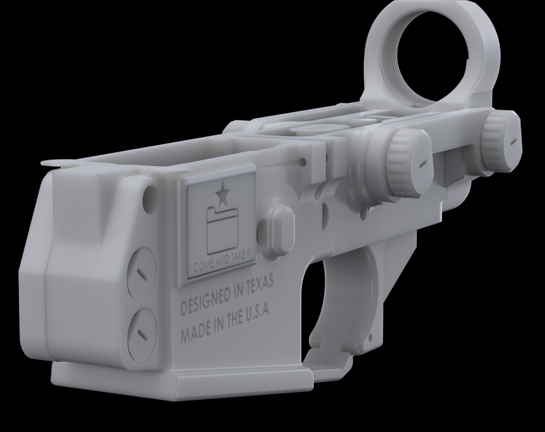 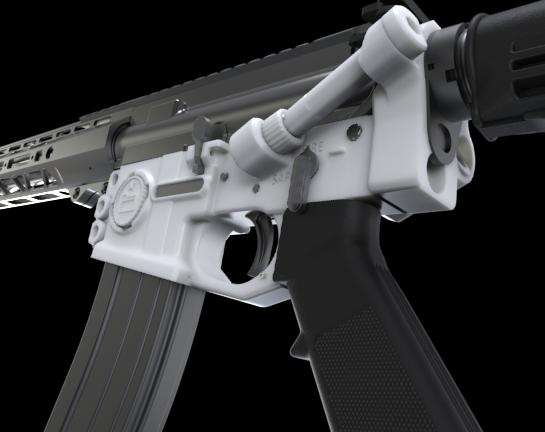 Widely considered to be among the best printable lower designs developed, the Hoffman Tactical lowers are easy to print, easy to reinforce and very strong. Hoffman has released both an AR-15 and an LR-308 model in his series.

These designs are strong on their own, but can be made even stronger with the reinforcement kits available at hoffmantactical.com. Anyone thinking about printing a lower should definitely consider these designs. 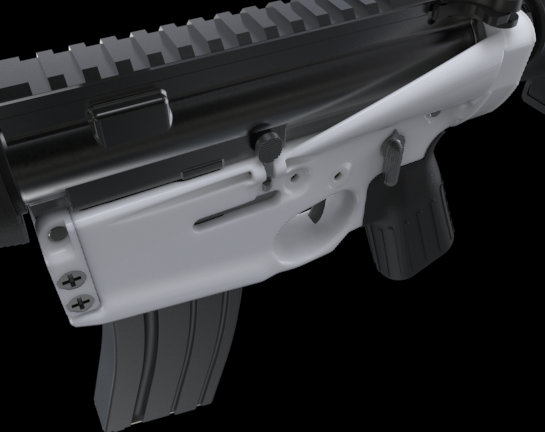 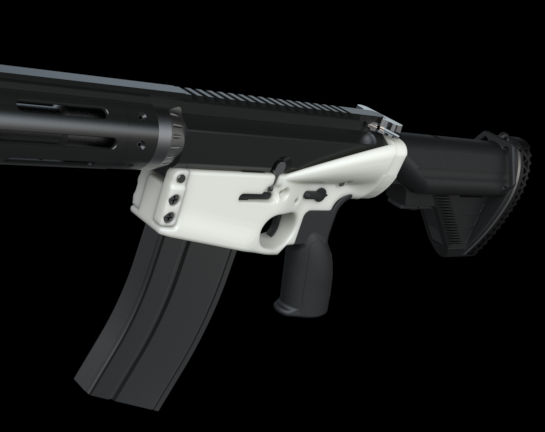 A well-regarded design from a prolific designer, PrintYour2A first released the PrintYour2AR-15 lower in 2020. This design incorporates PY2A's work on cutting, drilling and bending rails at home in the form of reinforcement cut from sheet metal.

This unique reinforcement design allows the lower to recapture the sleek aesthetic of a metal AR lower, an aesthetic which few other printable lower designs maintain. These reinforcing rails may be purchased at printyour2a.com. Keep an eye out for an AR-9 design from this designer in the future! 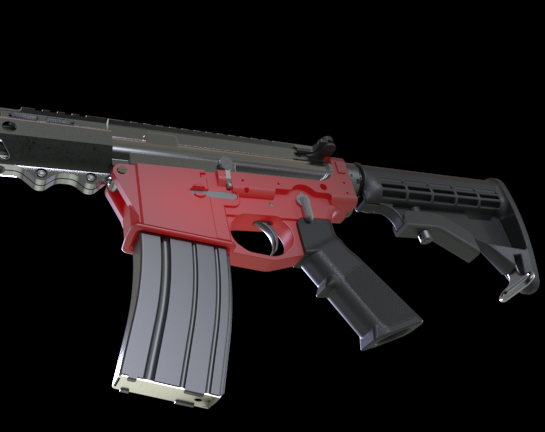 Rounding out our newsletter is the BrickAR, another single piece printable design that has come through many iterations and is now on version 5.0. Those who have printed this indicate that it is another solid lower with some nice features and is worth consideration. 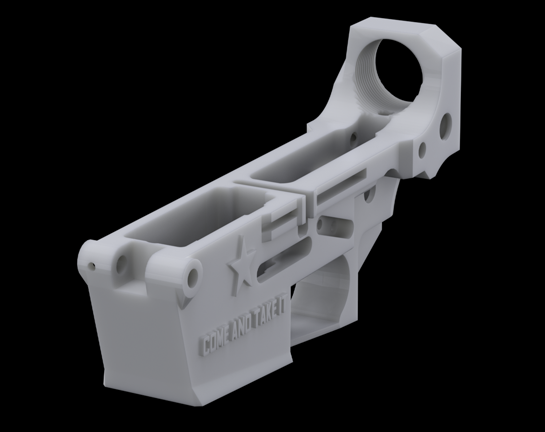 The wide variety of AR lowers available in 2021 is a testament to how far the Guncad world has come in just a few short years. Many of these designs are still being improved to this day, and some of them stand as not only the best printable AR lowers, but also the best printable firearms on offer. If you haven't already, consider printing one of these lowers today.

As always, you can find all of these files and many more at DEFCAD.